How LEAP energized their design sprints with Butter

In this article
Overview
Share
Learn how LEAP’s Rob Hamblen unlocks the playful side of his very senior, very serious clients.

Rob Hamblen is the Founder of LEAP, a product design, strategy, and innovation agency whose main offering is four-day design sprints for companies with significant product challenges.

Despite Rob’s experience, he says the work never gets any easier.

“No one comes to us with a relatively easy challenge. I always say that the sprint outcomes never get easier, they get harder," said Rob.

The shift to virtual collaboration only heightened the challenge for Rob. He has strong thoughts on why.

“Every other video conferencing interface is dull as s%!@.”

But thanks to Butter’s collaboration-friendly interface, Rob has been able to unlock the playful side of his typically serious clientele, lightening the mood of his workshops and achieving better outcomes for his clients.

We’re a bit of a nonconformist. We're kind of like the naughty kids in the corner. Butter married up exactly with our playful and kooky kind of way that we wanted to surface in our client engagements.

Before finding Butter (which Rob calls “the old days”, by the way), Rob struggled to keep tabs on his audience while he presented.

“Other tools massively fall short on providing you with an audience while you present. If I'm in Zoom or Teams, I will do a presentation, but I cannot see the people who I'm addressing.”

Rob developed some workaround hacks, but they never recreated the in-person experience.

“In the old days, I would run Miro on my iMac, then I would typically have Zoom on another laptop where I could glance across to make sure that no one's yawning or dropped off. But I’d be so focused on my iMac in front that the main requirement of interfacing with my client became secondary.”

“Zoom didn't help you facilitate. It was just a way to interface.”

Rob came across Butter serendipitously near the end of 2020 when an entrepreneurial meet-up was moved online due to another COVID lockdown.‍

“I had a very intense week running a design sprint, and it got to Friday. I was like ‘Oh my God, can I literally be asked to join another Zoom call?’ I joined the link and I was like, ‘Well hang on a second, that's not a Zoom. Okay, what is this?’ And it was a Butter link.”

“My mood immediately changed when I joined the waiting room. There was this really funky old ‘80s gamified soundtrack that came on. And it immediately energized my very tired self.”

Tired of other tools, Rob became an early Butter power-user, working closely with the Butter team with innovative ideas on how to improve the platform.

“I also appreciate the fact that Butter is a startup that’s disruptive to the Zooms and the Google Meets. I always want to fight in the corner of new products. So I’ve tried to play my part in supporting that.”

“I’ve had many conversations with [Butter co-founders] Jakob and Chris. We want it to become an even better product so we can get more out of it as well. I've always loved it, but Butter’s made so many leaps and bounds over the last year. Now, I can confidently offer it as part of the LEAP engagement.”

Butter has allowed Rob and LEAP to bring their unique style to their workshops.

“People are bored of Zoom and all these other very corporate offerings.”

Unlike other tools, Butter allows the LEAP team to be themselves—a key differentiator in their agency’s offerings.

“We take a lot of pride in being a boutique agency. We’re a bit of a nonconformist. We're kind of like the naughty kids in the corner. Butter married up exactly with our playful and kooky kind of way that we wanted to surface in our client engagements.”

“Our clients just get a vibe of who we are. And it's something that they tend to look forward to.”

Rob’s virtual workshops have become more organized and orderly since jumping over to Butter.‍

“When I started running my sprint workshops in Butter, they were just generally more orderly. With the reactions and the comment queue, it performs structure to what’s quite an unstructured environment. And it does it in a really nice, funky, and friendly, and unobtrusive way.”

This doesn’t just make things easier for him as the facilitator, it’s led to better outcomes for his clients too.

“My participants love the structure. They love how it gives them the stage. Some people aren’t so outspoken. But when they have the control themselves to be able to ask a question, they know that they're not going to be spoken over or they know they’re going to be addressed. For them, the platform helps them have a voice as well.”

“A design sprint is designed to be a very egalitarian process. Butter helps give everybody that equal chance to contribute, which is great.”

All your tools in one place—for real

Rob’s skepticism of ‘all-in-one’ tools made him a little wary of Butter at first, but he’s since been won over.

“I always said I would never run software where everything’s reliant on one tool, because if you have one tool crash, at least you can keep going with Miro while Zoom sorts itself out.”

“But the good thing is that Butter is getting more and more reliable. Now I don’t need to run two separate applications to host a workshop.”

By having Miro embedded directly into Butter, Rob can keep an eye on his participants and stay engaged with them while they collaborate.

“The most noticeable difference of how I interface with people is just being able to see them. People are more energized because I can see immediately if there's a disengagement from them.”

Rob says the energy boost is noticeable from the very beginning of each Butter session.

"People know how flat and energy-sapping remote workshops can be. When they have a LEAP workshop with us in Butter, there's just a different vibe to the whole interaction."

Rob says the waiting rooms are his favorite way to boost everyone’s mood.

“They tend to be energized by the waiting room. Most people say, ‘I love the music, it really helped me.’ It’s just a nice conversation piece.”

Even though Rob’s continuously asked to achieve tougher and tougher outcomes, he says that Butter has made his life much easier as a facilitator.

“Butter tends to take a lot of the heavy lifting of taking the intensity out of the workshop. It just lightens the mood.”

“I interface with people like CEOs, CFOs, CEOs, Head of Design, Head of Product—so they tend to be quite serious people. When we're having a Butter workshop, the freshness of the platform brings out a playfulness in them. They love the reactions. To have them interfacing with something quite different is very cool.”

“I’ve had client engagements this year where they've actually said, ‘We're going to use Butter from now on because it’s an experience we want to replicate.’”

Rob’s top Butter tip: A Butter keepsake - “I tend to not do ridiculous icebreakers because of the nature of my clients. I normally just get everybody to wave really frantically and ridiculously and take a screenshot. I use that in the report we share after, so people can remember the session.”

Rob’s bonus Butter tip: Experimenting with Butter - “Reliability is a big deal for us, so I needed to play around with Butter first before I could commit to using it with our clients. We often run pro bono sprints where we use new software as a way of experimenting. The client gets something for free, and we get a playground on which to try new things.”

A big thanks to Rob Hamblen for being such a big Butter advocate! You can follow him and LEAP on LinkedIn for tons of amazing Design Thinking insights.

To check out Butter and to see what all the fuss is about, try Butter for free here.

Miro
Miro is integrated directly into Butter, so you can run effective brainstormings, sprint workshops, and retrospectives without the need for tab switching.

Miro
Reactions
Up the energy in your session and get instant feedback with emoji and sound-effect Reactions.

Reactions
Session Recaps
Butter Pro and Legendairy users can share and re-watch their sessions by recording them to the cloud.

Session Recaps
Chat
With the Chat, participants can share their thoughts or questions without interrupting the flow of whoever's speaking or presenting.

How Motto helps leaders find their courage with Butter

How neueBeratung pivoted to virtual workshops with Butter

How MakeTeamWork empowers their UX research with Butter 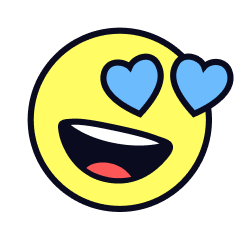 Customer Stories
Want to be the next Butter success story?
Get started, it's free!