How we built an idea engine in Slack

In this article
Overview
Share
Thomas Christensen, Growth Product Manager at Butter, explains how we process, evaluate, and implement the Butter team's ideas.

Company
Workshop
What they do
Size of session
Industry

For the past three months, I've been working on an internal tool to capture ideas from the team at Butter, evaluate them, and bake them into the product development process.

Here's the high-level overview of how we capture and process ideas, how this process has increased idea contribution, and how you can apply it to your own team.

No one likes a form

It's taken roughly three months to refine our ideas framework and integrate it into our product development process—not because it was technically hard to build, but because it's tough to capture the full context of an idea (hypothesis, product area, and some way of scoring it) without making it too much work to raise an idea.

We already had an #ideas Slack channel where ideas were raised and commented on. When something sounded promising, the product or tech team would pick it up and get it done.

But with 70 ideas coming in every month, the system broke down. We lost track of ideas and ideas were chosen off the hip.

To better document these ideas, we started by setting up an Airtable base and shared this Airtable form where folks could describe their ideas in full detail.

People had to fill out six form fields.

Try clicking the link. Seriously. You wouldn't want to fill that out either.

Contributing ideas became a burden, so no one filled it out. It was brilliant in theory, but I quickly learned that the safest way to reduce how often people do something is to add a form into the equation.

We had to make this work directly from Slack.

Slack, where it already happens

Shortly after, I realized that you can fire a webhook notification for every Slack message. With a tool like Zapier, we can catch those messages and do practically anything with the data.

Add a keyword into the mix like #idea, and we can tell Zapier to filter out all other messages and send the ones that start with #idea to Airtable automagically!

Next step: communicate to the team. They love it. Everyone starts adding the #idea keyword. Wunderbar.

Next step: realize that we now need to process 70 half-baked ideas, like "Butter Swag Store."

I have no clue why Butter Swag Store is a good idea. How can I possibly evaluate that?

The good news: we were now storing ideas somewhere, which allowed us to evaluate them with a bit more structure. Most importantly, we hadn’t reduced idea contribution—it actually increased.

The next challenge was increasing the quality of the ideas just enough to remove confusion when evaluating them.

If we could gather just a few lines about the hypothesis behind the idea, that would do the trick.

But how can we add both the idea and a hypothesis directly from Slack?

Shortly after all this, Notion released their API, so I moved the Ideas database over to Notion.

One of the beautiful things about Notion is that every page has a page ID that also happens to be the last part of the URL when you open a page in the browser.

When we create a record in Notion via Zapier, we're given a URL to that page. We can therefore easily add that URL to the webpage for the idea someone just created in Slack!

It meant that we could immediately send a message back to the person in Slack, with a link to their idea in Notion, and ask them to add their hypothesis—all within a second of them adding their idea:

You can then click that link and add your hypothesis while it's fresh. The process takes about a minute. Bingo.

Quality ideas were flooding into Notion, but we still needed a way to filter the ideas based on a product area and some metric that could help us prioritize the ideas.

We started out using the ICE framework popularized by Sean Ellis in Hacking Growth, scoring each idea from 1-10 on Impact, Confidence, and Ease, and then averaging the score.

We learned that the product team was best positioned to score Impact and the engineering team to score the Ease of implementation, and wrapping your head around Confidence of success never seemed to stick.

This wasn't going to work on a weekly consistent basis, so we ditched the ICE framework.

Ideally, if everyone could just vote on ideas, then surely a public vote would include considerations about what’s impactful and how hard it is to implement?

And indeed it did.

Last week, we transitioned to letting people vote on ideas instead of scoring them. Notion makes this very easy with the People column.

We can now sort the ideas based on upvotes, all-time, or within a given time period.

Integrating the ideas into our two-week sprints has been the hardest nut to crack.

We now expect folks to add a hypothesis to their ideas, and on Mondays, we push a reminder for people to scroll through the ideas and vote on the ones they like.

We're still iterating on this part of the process, but in our product roadmap, we now have a section with all the ideas, sorted by upvotes, and grouped by the product area that fits nicely into our two-week sprint cadence.

There's probably an entire blog to be written about that - but our basic approach to this is that ideas are really just a source of inspiration for larger Product Discovery initiatives. More to come on this when we've fully nailed it!

For more start-up insights from the Butter team, follow us on LinkedIn.

Want to grow your facilitation business? Build trust and credibility. 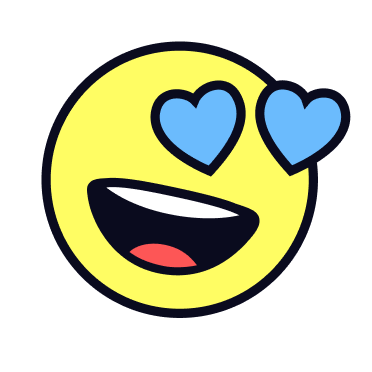 Inside Butter
For more of an inside look at Butter, follow our CEO on LinkedIn!
Follow Jakob!